Illustrated and other talks and videos

3. Videos on other Christian Topics

To listen to some sermons by David Young recorded at churches in Wrexham, Hookgate and Penycae, scroll down to below the list of devotional articles on the Sermons and devotional Writing page. You can then select from a range of sermons, and click on your choice. There are also two sermons preached at Hadlow by the late Norman Parker of Borough Green (and later of Seal).

2. Talks about Methodism, on YouTube or that can be booked for your venue

I have a number of illustrated PowerPoint talks I can be booked to give. Talks are usually 40 to 50 minutes in length when given in public and may be followed by a time of questions and discussion; on YouTube they are of more varied length, as noted to the nearest minute in each listing below. Some are based on my books and articles, and a glimpse at those on the My Books page will give a further idea of the theme of those talks.

A selection of comments about this material can be read towards the bottom of this page.

The Life of John Ride

The Life of John Ride “the Apostle of Berkshire”

John Ride was a significant figure in early Primitive Methodism. As well as other ministry, he introduced the movement to North Wales from it base in Chester, took part in the remarkably vibrant expansion from Brinkworth in Wiltshire, and superintended the early mission to northern Hampshire from its base in Shefford – all this before ending his evangelistic ministry in Australia. 38 minutes 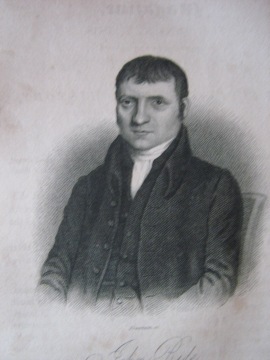 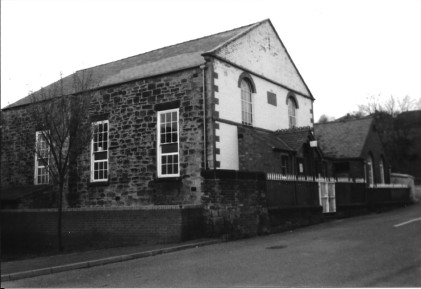 This talk traces the penetration of north-east Wales by Primitive Methodist preachers from the north (Cheshire) and the south (Shropshire) from the 1820s and the spread of the movement till the 1940s. The character of the movement, its ethos and faith, also figure significantly, with reference to some of the major personalities, and a special focus on the first thirty years or so of revival, evangelism and expansion. A video of the talk may be seen here: https://youtu.be/QU6AEBxU27Y 28 minutes 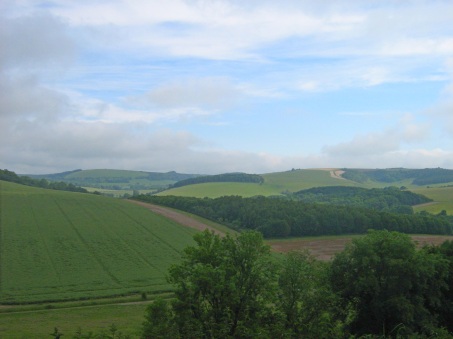 between Combe and Linkenholt, a route the missionaries took into Hampshire

This talk focuses on the approximate period 1830 to 1868, briefly traces the movement of the mission from its origin at Mow Cop, via Shrewsbury and Brinkworth, and then focuses in detail on the ethos, beliefs, personalities and spread of the movement throughout the area from its initial centres in Shefford and Micheldever, including its oppositions and persecutions.

An illustrated version of the talk, which looks also at the impact on my life of my encounter with Primitive Methodism in my early Christian experience, can be seen via this You Tube link: https://www.youtube.com/watch?v=6VdMCzXhLII&t=3s 43 minutes

This talk is based on the book Primitive Methodism 1919 to 2019, but is continually updated with further information as the work develops. Here is the fairly recently built highest Primitive Methodist chapel in the world, at 10,000 feet, in Guatemala: 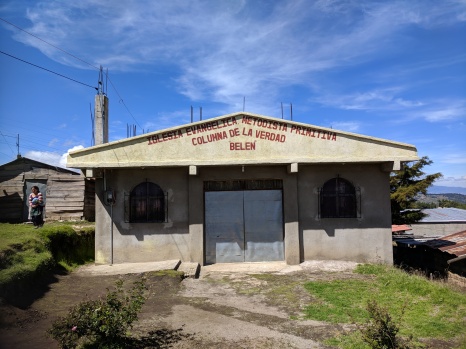 The talk looks at the survival of Primitive Methodist after Methodist reunion in Britain in 1932, both as a stream with the new Methodist Church, and among congregations who never joined; it then turns its attention to the work in America, sent initially from the Hull and Tunstall Districts, and its spread from there to a number of countries in Central America and Spanish-, Quiché- and Ixil-speaking people. The chapel in the photograph is in Guatemala.

The Methodist Squatters of Newtown Mountain

The squatters’ hamlet which appeared on Newtown Mountain, Denbighshire, by the late 1840s was part of the tai unnos movement which spread through much of Wales: the right to build a house overnight, have smoke rising from the chimney by dawn, throw an axe as far as you could from the house, and claim the right to that dwelling and land. The hamlet continued till the early 1900s, and was missioned by the Primitive Methodists, who built a chapel there at a cost of £23 in 1861. And Welsh-speaking squatters built a Calvinistic Methodist chapel, disused by the early 1860s, known as Capel y Mynydd. 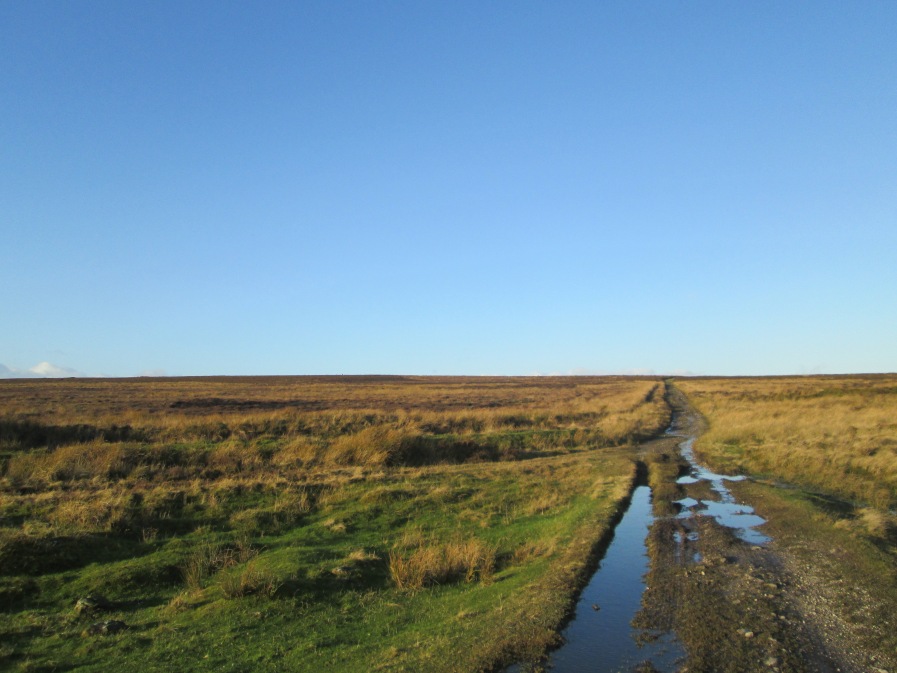 Click here to see and listen to the talk: https://www.youtube.com/watch?v=4wQ0mfzeQrk&t=44s (31 minutes)

A Methodist Story from old Blaenavon

A glimpse into the vanished world of my Wesleyan forebears from the 1880s – pubs, drunkenness, chapels, preaching. A 12½ minute YouTube video https://www.youtube.com/watch?v=agqeBaRM0A0&t=648s 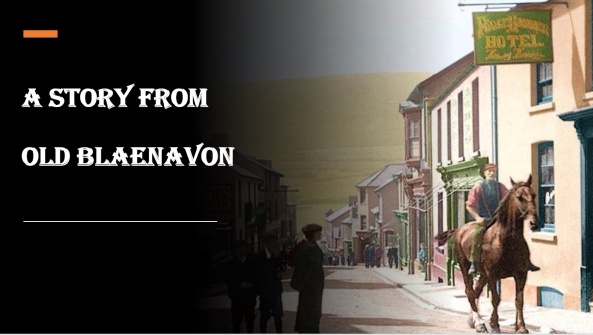 The doctrine of hell, judgement and eternal punishment has been believed, preached, feared, disliked, hushed up, mocked, and done away with. This YouTube video takes a serious look at that development, starting from the early Church, and looks at the mediæval church, Dissenters, Methodists, novelists, Darwin, Richard Dawkins, a bishop, two archbishops, an abbot, revival preachers, and others, down to the present day. There is special reference to Methodism.

I took the photograph below at the Necromanteio in Epirus, where people went in Classical times hoping to meet the dead. It is not, of course, intended to suggest that Hell looks in any way like this site.

RELENTLESS DECLINE BUT THE POSSIBILITY OF RENEWAL

Decades of relentless Methodist decline can be reversed if the foundations are built on once more. Parables of renewal drawn from nature can be fulfilled in grace. Hope remains and could be fulfilled. An 8-minute video. https://youtu.be/6HyLiRnVTrw 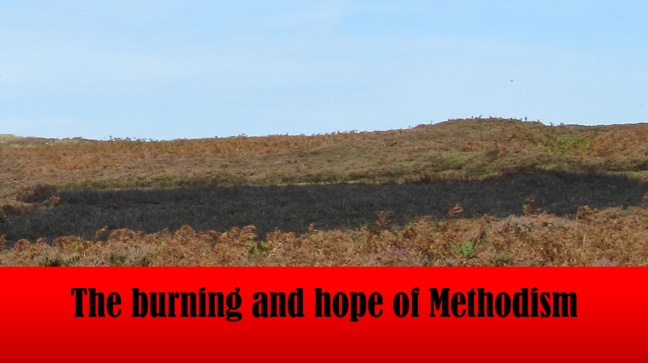 3. OTHER CHRISTIAN TOPICS NOT DIRECTLY OR NOT WHOLLY ABOUT METHODISM:

VIDEO: Rules and Regulations: legalism in the churches:

VIDEO: The Life and Work of Ælfric of Cerne Abbas and Eynsham

VIDEO: The Celtic Mission to England

VIDEO: The Birth and early Decades of the Albanian Evangelical Mission

VIDEO: The Canon of Scripture

VIDEO: What is a Baptist church?

VIDEO: The Resurrection of the Body

VIDEO: Thoughts from the Contemplation of Trees

VIDEO: Thoughts from Mountains and Hills

VIDEO: Thoughts from Sea and Stream

VIDEO: A Plea for Honesty in Hymn-singing

VIDEO: The Magic of Christmas

VIDEO: Call to the Christian Ministry 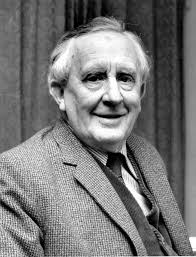 Among the Albanians of Montenegro and Kosova

Albania in the 1997 uprising

If you are interested in booking me to speak please get in touch via my contact page and I will get back to you with details.

Note: Talks can be adjusted in length and style according to the level of knowledge and interest of each audience.

I know you’re a “serious” kind of guy but you also have a great sense of humour and … on your About Me page I think it does come over a bit that your talks are solely academic whereas they are very informative and you have a presentation style which is a lot lighter than the website infers. – Mike Norbury, Community Church, Wrexham.

Thank you so much for the lecture today, popular demand will ensure that I invite you again. – Christian Heritage Centre, Rowley Regis.

Very good. Very informative. What a blessing Primitive Methodism has been to the whole world and is still a blessing to many as through its endeavors it is continuing to reach people with the Good News of Jesus Christ. Only in eternity will we know how many people, directly and indirectly, the Primitive Methodist movement won to Christ.
– Rev. Fred Perkins, President of Conference, Primitive Methodist Church (USA)

This is a fascinating story, researched and told by David, he is an expert on this vanished Settlement. His creative skills are shown here, and the technical skills of merging sound with slides keep getting better. – Dr David Collins, Gresford

I was aware of much of the history of Albania and our evangelical Christian faith in the land. In this enjoyable and informative presentation David fills in some of the gaps in my knowledge, understanding and indeed memory of God’s work in this little country.
– Tony Treasure, former missionary in Berat, Albania

Thank you for the video. I very much enjoyed watching it.
– Noahzarc1 (forum user name) (Catholic)

I have also been watching your videos very good.
– Earl Crowder, Cleethorpes, sent whilst waiting for a quadruple heart bypass.

Since 2012 I have given part or all of one or more of the above talks at the following places: