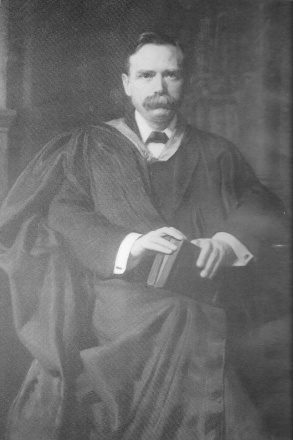 This article is not primarily biographical, as there is no shortage of such writing about Peake. Rather, it focuses on his abiding influence. Peake is seen as a major, if not the greatest, influence in bringing new teachings into Primitive Methodism, which moved away, under his and others’ influence, from its earlier teachings. Watts records (2015:212) that Peake wrote twenty scholarly books, and edited the literature section of the Quarterly Review from 1892 and the whole of the Holborn Review from 1919. In 1904 he became Professor of Biblical Criticism and Exegesis at Manchester University, and was appointed Dean of the Faculty of Theology. In 1905 he became Director of the Primitive Methodist Leader and in 1928 President of the National Free Church Council. His influence was powerful, deep, and wide. Horton (1937:4-6, 8), President of Conference in 1921, put it like this: “Peake’s advent into Primitive Methodism meant a theological Revolution by permeation.” The bibliography lists a selection of his major writings.

Appointed as tutor at the Primitive Methodist Theological Institute in 1892, he  served for 37 years, and was given a free hand to teach on the Old Testament, the New Testament and the History of Doctrine. Peake’s son (1930:118) explains that, “The whole of the curriculum was in his hands … and throughout his thirty-seven years at the College [he] was the ruling mind on his staff.”

Peake wrote on the front page of the Primitive Methodist Leader of 15th June 1905 that, “the old undoubting certainty has often been replaced by a paralysing sense of bewilderment and misgiving.” This article will demonstrate that Peake himself was largely the cause of this paralysis and uncertainty.

The Authenticity of Scripture

Peake wrote extensively on the nature of scripture, particularly in The Bible: its origin, its significance and its abiding worth (Hodder & Stoughton, 1913) and The Nature of Scripture (Hodder & Stoughton, 1922). As early as 1894, in the Quarterly Review (pages 120-32), he wrote, “Strictly, perhaps, the student should not assume the genuineness of more than Galatians, Corinthians, and Romans, the four recognised as authentic by the Tübingen school.” Here is Peake on The permanent Results of Biblical Criticism, quoted in Wilkinson’s extracts from Peake’s writings (1958:88, 90): “The text of Scripture for which infallibility had so often been claimed, was shown to be subject in multitudes of instances to serious uncertainties.” Peake also wrote (1913:460-1, 493) about the New Testament writers: “Their teaching is more mixed than that of the Master. The non-Christian environment and inheritance have influenced it more deeply. … It is not necessary, I think, to argue for the truth of all the opinions expressed in the Epistles.”

The 1919 Commentary on the Bible which he edited supplies sufficient glimpses from the articles which he himself wrote for it:

Such writings disturbed the faith of many of his readers.

The Creation and Nature of Man

Peake (1908:133-4) argues for man’s evolution from animals. For him this is the explanation for man’s universal sinful nature: “heavily handicapped, the animal qualities remain in all their strength, and all that can be at present pitted against them is the faint consciousness of moral distinction which has just struggled to its birth.” Thus the doctrine of the Fall is reversed, and the image of God was not given to man by a special divine act, but “struggled to its birth” as a “faint consciousness of moral distinction”.

The Character of God

Part II of Wilkinson (1958) comprises seven chapters of excerpts from the writings of Peake. Here he is on the doctrine of God in The Legitimacy and Necessity of Biblical Criticism (page 91): “at first He is presented to us in a very human way, limited by human imperfections, marred too often by a ruthless ferocity.”

The revised view of the character of God might be regarded as foremost. The emphasis shifted from God as sovereign of the world, ruling by his wisdom, authority and will, to belief in the universal fatherhood of God embracing all mankind, including unbelievers. Peake (1908:269-70) wrote: “The Father sees mankind as His children, the victims of sin.” Such fatherhood was, for Peake, the regulative principle of Scripture.

On the atonement (1908:270), he plainly denies propitiation as “the pagan notion which has played so large a part in popular ideas that the death of Christ was necessary to appease an angry God.” He believed (1921:87-8, 93-5) that “the crudest and most mechanical form of substitutionary theory” should be eliminated, being old-fashioned and obscurantist: “the evangelist ought to get rid of his obscurantism … these old-fashioned beliefs.”

It is easy enough to learn what Peake denied, but his own thoughts on the Atonement are vague if not impenetrable. In 1892 he wrote in the Quarterly Review (pages 463-92), expressing a representative view of what happened at Calvary in rather mystical terms, yet using the word ‘penalty’:

Christ as the second Adam summed up in Himself the whole of humanity, and thus all died in Him, since the death of His flesh involved the destruction of the sinful flesh in men. … Just as His death was a death to sin, so His resurrection inaugurates a new life unto God. … But how was this made effective for the believer? It was by means of the reproduction in him of the same phenomena, accomplished in the vital and mystic union of the believer with Christ. … Nor was this fanciful, for it was supplemented by a theory which extended the sufferings of Christ through all time. Not on Calvary alone was Christ crucified, but everywhere and always. … He suffers in His members at all times.

Contrary to the teaching of Christ as our substitute, appeasing the wrath of God in our place, Peake (1908:275-83) argues at length for justification by identification. In The Atonement of Christ (n.d:23ff) he wrote:

the act of the eternal Son, who is identified with humanity, first by the essential relation He bears to it and then by His incarnation, becomes the act of the race. … Their act of faith creates a vital union with Him, through which the participation of the race in the experiences of Christ is personally appropriated by the believer.

Peake’s attitude to this ancient orthodox and Methodist teaching is plain from his description of the pioneers of Primitive Methodism in his chapter on The Education of the Ministry (1926:130-1):

They accepted without any shadow of misgiving the current eschatology. The moment of death fixed for ever the fate of the individual. The sharp division between the converted and the unconverted, the sheep and the goats, was not toned down by any mediating devices. The destiny of the unsaved was appalling beyond all conception … intolerable yet unending

Thus, in Peake’s revised eschatology, the teaching changes from revealed truth to merely a former “current” and now superseded eschatology.

Peake was one of the principal architects of the reunion of the three largest branches of British Methodism that was accomplished in 1932, though his desire to remove reference to John Wesley in the doctrinal standards failed.

There was considerable, sustained disapproval of the new teachings which Peake spread throughout his years of teaching and writing, largely among the grassroot membership of the Connexion, which is explored at length in Young (2017).

Evangelicalism was redefined, especially on sin, the Fall, the atonement and soteriology.” A much fuller exploration and treatment of Peake’s modifications of doctrine and of his influence can be found in my book Change and Decay.

The Primitive Methodist Leader of 7th February 1907 printed an article entitled Professor Peake’s Theological Views. These “views” go to the heart of much of what he believed (and disbelieved) and include:

The focus is on Scripture, the Atonement, and the Last Things, with Scripture only a source, though the most important, for belief, “authenticated” by the extent to which the reader’s soul embraces it.

Peake’s personal qualities encouraged acceptance of teachings which in the early period found no place in the movement. He was seen as saintly, devout, fervent. Many were charmed by him. The Aldersgate Magazine’s Conference Chronicle of 1912 stated: “A scholar and Biblical critic of European and world-wide reputation, Dr. Peake is held in even greater reverence because of his beautiful Christian character. He is justly thought of as both scholar and saint. Some five hundred men have passed through his hands, so that he has moulded to a large extent about one half of our present ministry.”

Brash (1935:138) wrote that “The charm of his personality and his simple goodness allayed fears and disarmed suspicion. Men came to believe in his work because they were led to believe in him.”

– (1908) Christianity: its nature and its truth (London: Duckworth)

–  (1913)  The Bible: its origin, its significance, and its abiding worth (London: Hodder and Stoughton)

– (1921) Evangelism and the intellectual Influences of the Age (in Aldom, E (Ed.) Evangelism: a reinterpretation (London: Epworth)