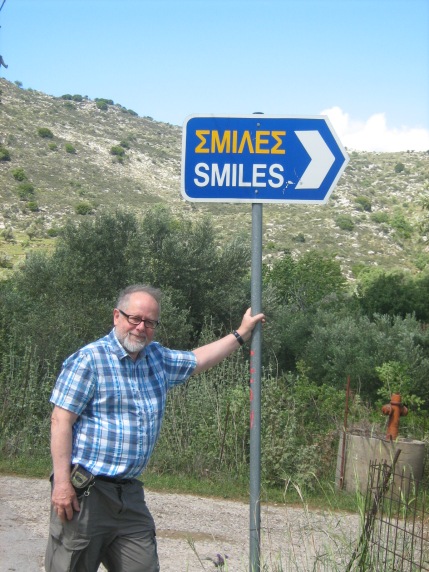 I am David Young, MA, M Phil. I was born in Basingstoke in 1946, converted through the work of the Methodist Church there, and began preaching in the Basingstoke Circuit in 1965. I hold degrees from the Universities of Cambridge and Chester, was minister at the Baptist chapels in Hadlow and Llay, and served for 25 years as director of the Albanian Evangelical Mission. I took the London Bible College courses required for ministerial accreditation with the Fellowship of Independent Evangelical Churches (FIEC) and was accredited after completing them successfully. I have also earned a living schoolteaching full- or part-time.

I am now retired and live in Wrexham, North Wales, with my wife Margaret, whom I married in 1973. We have a son and a daughter, and three grandsons. At the time of setting up this website, I preach frequently in the Wrexham Methodist Circuit, occasionally in the South Cheshire Circuit, and wherever else I am invited to do so locally. 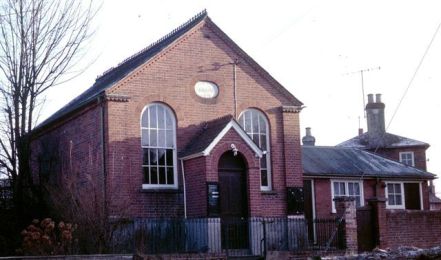 Above is the first chapel I ever preached in – Oakley [formerly Primitive] Methodist, Hampshire, built in 1866. It was January 1965, and my text was Isaiah 53:6, “All we like sheep have gone astray; we have turned every one to his own way; and the Lord hath laid on him the iniquity of us all.” 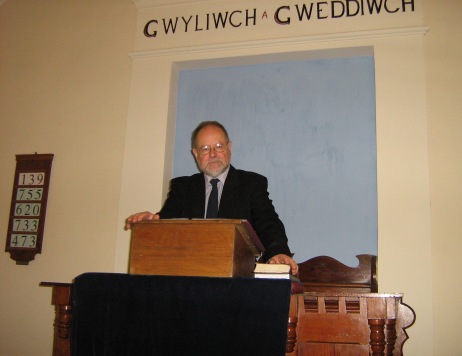 In the photograph below, taken in November 2017, I am standing outside the first Primitive Methodist chapel built in North Wales, in 1832 at Cloy. It is now an unoccupied house, and has been much altered since it closed down as a chapel in about 1959. 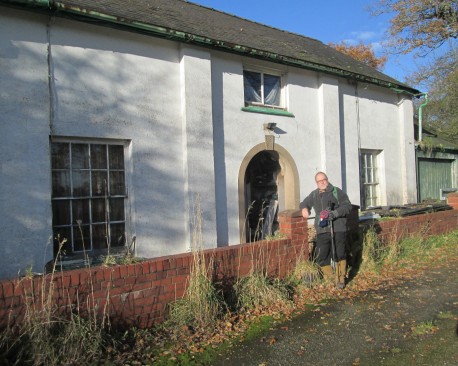