“Yonder Country is ours!” or What really happened at Botley Copse? 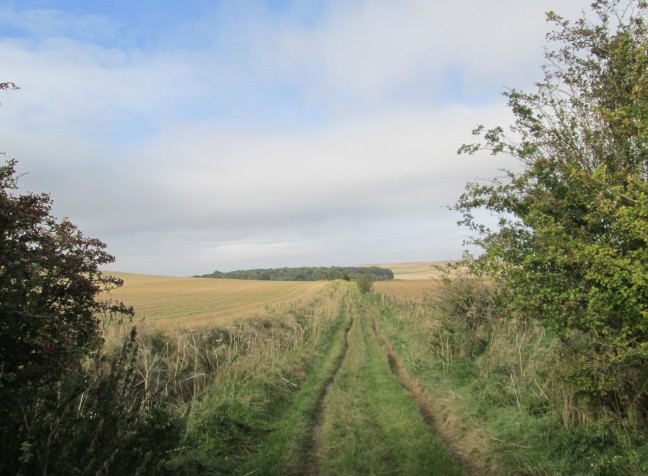 I begin my book on the character, ethos, beliefs and experiences of the early Primitive Methodists – The great River: Primitive Methodism till 1868 – by referring to an event of February 1830, when ministers John Ride and Thomas Russell walked and prayed together for some hours on the downs between Bishopstone and Lambourn in the first days of the Berkshire mission. As Joseph Ritson recounts it in The Romance of Primitive Methodism:

It was in the following February that he and his superintendent had the memorable meeting in the neighbourhood of Ashdown, where the famous battle was fought. Theirs, however, was a spiritual conflict. Russell walked ten miles to this meeting for consultation and prayer. The Conference was drawing to a close, and they were about to part, when it was proposed that they should turn aside into the coppice “for another round of prayer.” Entering the coppice, they threw themselves on their knees amid the snow and pleaded with God to give them Berkshire. The round of prayer lasted for hours, and at last Russell sprang to his feet, exclaiming, as he pointed across the country, the prospect of which was bounded by the Hampshire hills: “Yonder country is ours, yonder country is ours, and we will have it.” …at the end of three years there were nearly thirteen hundred members in that circuit.

That is the version of the story I read first, in about 1964, and it made a lasting impression on me, and is still an inspiration to pray for revival, and to seek others to pray for it with me. The only trouble is, it is not true. Or at least, not wholly true. Here is how Thomas Russell himself tells it:

I said, “Let us turn in here, and have another round of prayer before we part.” My agony of mind was very great; and we both pleaded in anguish of spirit, and for hours we laboured in deep distress of soul; when at length I rose up and said, “Brother Ride, yonder country is ours, and we will have it.” He replied, “Hold fast! I like thy confidence of faith.”

The incident entered, as it were, into the bloodstream of the denomination, became an item in its self-perception, and is referred to by many writers, including Walter Kilby, John Petty, H. Bickerstaffe Kendall, Dave Price, B. Aquila Barber, William Tonks, John Day Thompson, and (in The Primitive Methodist Magazine) T. W. Turner. The Primitive Methodist Magazine of 1900 carries a series of articles by “T.” (i.e. T. W. Turner) on Pioneer Work in the Brinkworth District in which, on page 221, we read these words:
…in the wood at Ashdown one afternoon … as the day began to close in, Thomas Russell, rising from his knees, shouted, “Yonder country is ours, John, and we’ll have it,” pointing across to where the distant Hampshire Hills rose on the horizon.

Ritson’s 1911 retelling of the event – my first exposure to it, remember – seems to include a measure of poetic licence, and the Magazine (1886:647) in an article entitled The Berkshire Downs, by T., also suggests that a measure of error has crept into the memory of it when it says, “At last the younger one receives the assurance” that God has heard and will answer their intercessions, adding, “as he points across the country, the prospect of which is bounded by the Hampshire Hills some thirty miles distant.” Kendall (II:320) identifies the writer of the 1886 Magazine article as Mr Turner of Newbury, who must have known that thirty miles would take a traveller well beyond the rim of Hampshire, indeed more or less as far as Winchester. We learn from Tonks (1907: Preface) that this was Mr T. W. Turner, son of Rev. S. Turner, who was doubtless Samuel Turner, stationed in the area repeatedly from the 1830s to the 1870s.

The problem with the story is the repeated reference to Hampshire hills, and it is worthwhile trying to unravel the actual events, as they were rightly perceived as so fundamental to the ensuing mission, as well as exemplifying a basic feature of the early Primitive Methodist movement nationally, namely the reliance on fervent intercessory prayer for progress and success in the work.

The difficulty is that the location of that final time of prayer before Ride and Russell parted is identified by John Day Thompson (1912:75-6) as Botley Copse, from which it is not possible to point across the country, the prospect of which was bounded by the Hampshire hills, and from which those hills are in any case a mere thirteen, not thirty, miles away, assuming that the “Hampshire hills” are the ridge which rises to 975 feet at Walbury Hill above the village of Combe, which was then in Hampshire. Where else could they be?

Furthermore, much confirms Botley Copse as the correct identification. Nicola Cornick, who has studied the history of Ashdown House, wrote: “As a further small piece of evidence, I have found a note in one of the old estate records that says that Ashdown Park boundary extended as far as Botley Copse in the 19th century”.  Yet further confirmation is the fact that from Bishopstone to Botley Copse is indeed about four miles, the distance Russell says in his Journal that Ride accompanied him “over the downs to Ashdown Park corner” before they parted. But Botley Copse is at the bottom of the downs, and you cannot see over the nearby high ground towards Hampshire.

The route from Bishopstone to Lambourn begins at Nell Hill in Bishopstone and passes close by the highest point of Russley Downs where there is another clump of trees from which one can in fact glimpse those Hampshire hills on a clear day. It was, Nicola Cornick adds, “a very famous track from Baydon to Bishopstone known as the Thieves Way because of the remoteness and the number of highway robberies taking place on it in the 18th century.” At that clump of trees, you stand at 788 feet and can look towards Walbury Hill at 961 feet.

It seems probable therefore that after setting off from Bishopstone, the two men made a small detour from the track up to the clump of trees at the top of Russley Down, from there pointed across the country the prospect of which was bounded by the Hampshire hills, doubtless paused to pray for blessing on their forthcoming mission, and then descended the rest of the four miles to Botley Copse, where they prayed together for a final time. There was, of course, “a final time”, because Russell tells us that he said, “Let us have another round of prayer” : “another” implies one or more earlier times.

Although Hampshire is invisible from Botley Copse, from it there is to this day an expansive view across unspoiled downs and fields towards Lambourn, where Russell preached after that final round of prayer. It is likely therefore, as they were beginning the Berkshire mission, not the later Hampshire mission, that Russell did indeed utter the words “Yonder country is ours” at the close of that final time of intercession, and that Ritson and others have transposed the view stretching to the Hampshire hills from earlier in the same walk, perhaps from a previous time of prayer during the walk. Ride then departed in the direction of Ashbury on the track that passes Alfred’s Castle, and Russell continued on the track to Lambourn. The photograph, taken in September 2016, shows Botley Copse from the track that leads to Lambourn.