Primitive Methodism: what is it?

Primitive Methodism arose on the Staffordshire-Cheshire border in the first decade of the 19th century. Its birth is often dated to May 1807, when the first camp meeting was held at Mow Cop, a camp meeting being a large open-air gathering for prayer and preaching, usually lasting the best part of a day.

Here are two views of Mow Cop, photographed in June 2018. 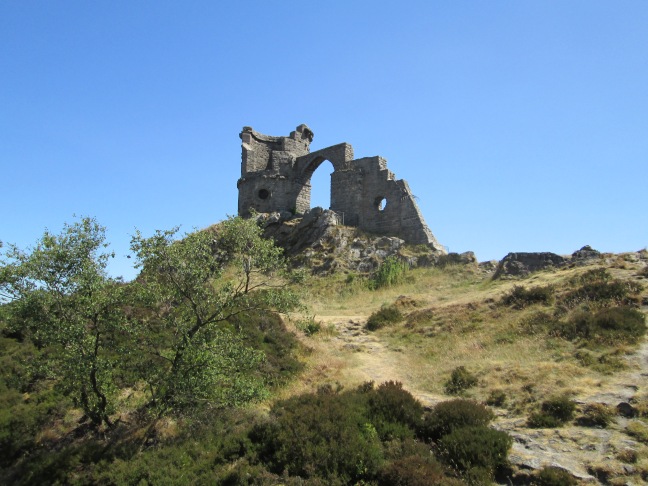 The Primitives held identical doctrines to the Wesleyan parent body, but the latter, eighty years into their development, had grown somewhat staid and respectable, and nervous of offending the government in the wake of the American war of independence (1775-83), the French Revolution (1789-99), and, later, the Luddite riots (1812). Their attempt to suppress the exuberant evangelism of the Primitives led to a formal separation, and the name Primitive Methodist was adopted in 1812. The movement then spread rapidly to many parts of Britain.

Their faith and ethos conforms well to “the Bebbington quadrilateral” of four distinctive characteristics of Evangelical religion: emphasis on the authority of the Bible for faith and practice; the centrality of the Cross where Jesus died; the call to personal conversion; engagement in active Christian service. A fuller exploration of their faith, ethos, shared and personal inner life, and methods of evangelism will be found in The great River: Primitive Methodism till 1868, for which see the page in this website on My Books.